I joined a small writers group recently and it has added new energy to my story telling. Perhaps I should point out that the group is small in number, not short in stature, and that a lot of the energy I feel comes from the fact the others also write a sort of fantasy – science fiction- metaphysical melange like I do. 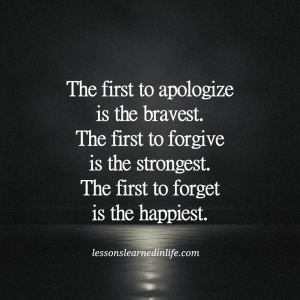 We hold animated discussions about how telepathy works and how to write a phrase readers will want to quote and the other day we got started on ideas that are inherently powerful, even magic if you will. The best example we could find was the power of the number three.

Make three wishes. Blood, sweat and tears. ABC. The popularity of a trilogy. Star Wars’ brilliant three trilogies. Yes, I even wrote a whole fiction book called “C to the power of three.” The Huffington Post has a fun article on threes and marketing experts are happy to advise you on how to harness its power.

But no one seems to have this figured out better than those who compose country western songs. Seriously. I was not well acquainted with the musical genre before I wrote c3, but my hero Teddie was clearly a fan of it. I had made sounds tracks for the main characters in my other books and was compelled to do the same here. So I sought out CW songs that fit my story and Teddie’s personality and yet which I liked okay too. You can find all of them on the music page for this blog.

Almost every song tells a story, unlike most music in other genres. Every story is told in three parts. Always three parts. Each story is more compelling than you would expect, grabbing your heartstrings with an almost magical grip. Past, present future. The power of three.

Today I updated the music page with more details about my schmaltziest song, “Laughed Until We Cried” performed by Jason Aldean. Dammit I don’t like sappy music, but this one gets me every time. It must be that three thing that he uses so well.

Enjoy this excerpt from where the song appears in the book, and then enjoy the video at the end.  Grab a tissue. That power of three thing might get to you also.

Ariel got word from work that she had to leave a day early for a business meeting in Germany and Teddie was surprised to find herself sad at the news. The night before Ariel left, the two sisters sat together at the kitchen table, laughing and reminiscing, and Teddie realized how helpful it had been to have a relative close by as she went through this. She went to bed with a touching song about reliving family memories called “Laughed Until We Cried” playing in her head.

In spite of the soothing start to the night, she woke up a couple of hours later, filled with worry. On Lawan’s advice she had refrained from traveling in her mist body since the surgery, and she was growing more concerned about Usha by the day. She looked down and saw Usha, and she thought she was dreaming. Then as the absolute silence sunk in, she realized that she had gone traveling without meaning to.

Usha lay sleeping, fully dressed in robes that looked much like Lhatu’s. She was sleeping on a mat in someone’s kitchen. She seemed fine, but Teddie thought that there would be no harm in looking around a little more to make sure.

Teddie entered each room. Usha was in a home with two parents and three children. It was small and simple, but also clean, warm and cozy, and well decorated with children’s art. Teddie was going to go out on a limb and guess that the mat in the kitchen constituted the family’s guest room. These nice people must have taken her in for the night. Teddie felt an odd pang that for all the much-touted hospitality and generosity in her own home of Texas, no one she knew would even dream of providing lodging to a traveling stranger. And sadly, it was often wise that they did not do so.

She tried to see any detail at all that might help her figure out whose home this was. The children’s art, the handmade furniture, even the pile of shoes by the door. It was true, she knew it for a fact. If she could just bring back a picture of any one of these, it could be circulated around and somebody somewhere would recognize this place. Teddie stared hard at each scene, wishing she could memorize and redraw it. What a crying shame that she could not.

She woke up with tears of frustration in her eyes and as she rubbed the water away, she knew it. She simply knew how to do it. She crept into the den where Lawan and Awut both slept, and she shook her trainer awake. Awut took one look at her face and he could tell as well.

Videos taken at a concert can be good or downright awful, and this one of Jason Aldean performing “Laughed Until We Cried” live at Memorial Coliseum in Ft. Wayne, Indiana on October 22, 2010 is one of the good kind. It captures the energy of the crowd and feel of the concert while still providing enough reasonable quality audio and video for the viewer to enjoy the music.

I don’t reblog a lot — but this post from “Hopeless Hannah” gets is exactly right. What a ridiculous way to celebrate women’s accomplishments. If you agree, please drop by her blog and give her a like.

The Glamour Women of the Year Awards are said to celebrate the women of entertainment, with stars flocking to the event including Kourtney Kardashian, Caroline Flack and Amanda Holden.

However, for an event which is MEANT to celebrate women and their achievements, including Jennifer Saunders who took home the outstanding contribution accolade, the press seem to treat it as a chance to slay the women who attend for their dress sense.

Here’s some of the women who attended the event and the headlines that came with their fashion choices. 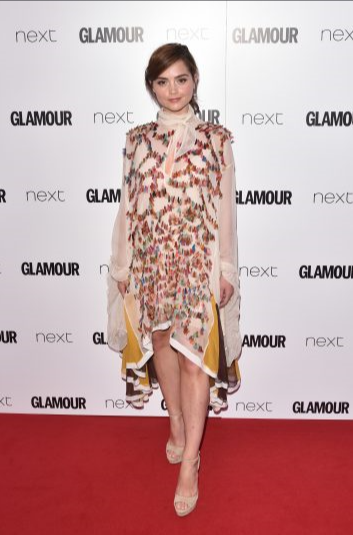 So this is Jenna Coleman. She was in that little thing called Doctor Who and is starring in Me Before You this summer.

However, here’s what the press have said about this young, inspiring woman’s outfit.

Mail Online make a sexist headline about Coleman’s frock. That’s so not like them!

…and Express online weren’t fond of her dress.