There are many reasons I’m proud to live in Buncombe County, North Carolina. One of them is the serious approach taken in recent years to halt domestic violence. This is a region of the country, and a culture, as prone as any in America to the old school belief of turning a blind eye towards what happens inside a home, but the attitudes of Appalachia are changing.

Physically assaulting another human is a crime, as Jessica Valenti points out in the insightful article “What the media and politicians get wrong about domestic abuse.” Police in Asheville and surrounding areas have embraced this fact, and implemented specific training and procedures to ensure this particular crime is no longer drastically under reported. Asheville maintains a domestic violence hotline, and a shelter for victims of intimate partner violence who have no where safe to go as they begin a new life. 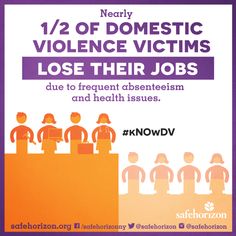 I’m glad this movement isn’t restricted to the mountains of Western North Carolina where I live. Across the nation, and around the world, more people are waking up to the lack of justice inherent in assuming a person must tolerate whatever abusive behavior their spouse exhibits. They are also waking up to the cost to the community in terms of medical care, lost work time, resulting trauma to children involved, and lost contributions to society.

Most people understand the embarrassment and emotional difficulty a women encounters when she accuses her husband or boyfriend of violence, and most people are not surprised to learn that false claims are rare. They do happen, however, most commonly in cases of a custody battle. The police use techniques similar to those used in questioning witnesses and victims of other crimes to determine if the claims are credible.

Did the woman talk to others soon after the event? (If true, she often does.) Was her story similar each time? Did she use identical words every time? (Repeating a story verbatim is a sign of lying.) Did she seek medical help? Try to get a restraining order? Take pictures of her bruises so she would have proof later when she found the courage to speak up?

Law enforcement does not deem every claim of domestic violence to be credible, although they find most are. Once they do make this determination, however, most people agree the woman has been assaulted and deserves the same justice as any other victim of a crime.

Most people. I felt sick to my stomach when I saw this on the news.

In what sort of law and order society do we praise the accused perpetrator and wish him well, while offering no sympathy what-so-ever to the credible victims and no mention of the nastiness of the violent crimes of which he is accused?

Welcome to Donald Trump’s America. No matter what your politics, it is a very scary place.

One thought on “eNOugh”