Today it is my pleasure to welcome author Joanne Guidoccio and her women’s fiction novel,  No More Secrets.

Angelica Delfino takes a special interest in the lives of her three nieces, whom she affectionately calls the daughters of her heart. Sensing that each woman is harboring a troubling, possibly even toxic secret, Angelica decides to share her secrets—secrets she had planned to take to the grave. Spellbound, the nieces listen as Angelica travels back six decades to reveal an incredulous tale of forbidden love, tragic loss, and reinvention. It is the classic immigrant story upended: an Italian widow’s transformative journey amid the most unlikely of circumstances.

Inspired by Angelica’s example, the younger women share their “First World” problems and, in the process, set themselves free.

But one heartbreaking secret remains untold…

Joanne Guidoccio shares how the people in her life influenced the characters in this story.

I’m always fascinated by how much an author draws on the people they are close to as they create their characters. Here is Guidoccio’s interesting take on this issue.

Bits and Pieces of Characters

Having lived and taught in different cities throughout the province of Ontario, I have felt free to “borrow” characteristics from friends, former colleagues, and students to create composite characters in my novels.

That was the modus operandi for the first five novels I wrote: Between Land and Sea, The Coming of Arabella, A Season for Killing Blondes, Too Many Women in the Room, and A Different Kind of Reunion.

While writing No More Secrets, I followed a slightly different path.

Angelica Delfino, the protagonist, is also a composite character. But this time, I borrowed from the Italian women of my mother’s generation. And, yes, I did include bits of my mother’s life. Before she died, Mama read an early draft and commented, “I can see myself here, as well as…” and then she mentioned several relatives and close friends.

The three nieces—Velia, Nora, and Teresa—belong to Generation Y. While sketching their characters, I considered former students but also thought back to my own experiences.

Growing up, I was surrounded by several friends and relatives who resembled Velia, the quintessential good Italian girl who followed the script. While I demonstrated some of her self-discipline and motivation for academic achievement, I didn’t marry at an early age, nor did I choose to stay home and raise a family.

Nora, Velia’s polar opposite, is considered the black sheep of the clan. Impulsive and carefree (at times reckless), Nora has taken many risks in her personal and work lives. Her disastrous marriage barely lasted one year. Often described as a Career ADDer, she experimented with several careers before finding her niche as an interior designer. In my late twenties and early thirties, I did go through a brief period of job-hopping.

Like Teresa, the youngest niece, I settled in Guelph, a mid-sized city in south-central Ontario. We are both introverts and teachers at Catholic school boards, but the resemblance ends there. A theology department head, Teresa is more spiritually inclined. Early in the novel, she speaks wistfully about her missionary work–something I admire but could never do.

Bellastrega, aka Lynn Miller, started off as a minor character. Initially, I intended to have Angelica’s psychic companion appear briefly in the first chapter. All that changed after she started invading my dreams. She ended up with her own POV and full control of the epilogue. Her character was inspired by a psychic in Northern Ontario. While I don’t possess psychic abilities, I do share a common interest with Bellastrega. When I retired twelve years ago, I made wellness a priority in my life. Many of Bellastrega’s comments and suggestions could easily have come from me. 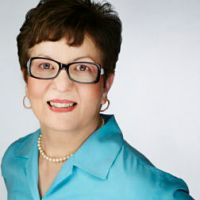 In 2008, Joanne Guidoccio took advantage of early retirement and launched a second act as a writer. Her articles and book reviews have been published in newspapers, magazines, and online. When she tried her hand at fiction, she made reinvention a recurring theme in her novels and short stories. A member of Crime Writers of Canada, Sisters in Crime, and Women’s Fiction Writers Association, Joanne writes paranormal romances, cozy mysteries, and inspirational literature from her home base of Guelph, Ontario.

The author will be awarding a $20 Amazon/BN gift card to a randomly drawn winner via rafflecopter during the tour.

“Go,” Kelly said. “Your aunt is dying, and this could be your last opportunity to spend some quality time together.”

“Her oncologist shared good news last week,” Nora said. “Her blood counts have improved, and the cancer hadn’t spread since her last visit. He mumbled something about a miracle.”

“A miracle?” Kelly’s eyes widened. “Has your aunt been seeing a healer?”

“You could say that,” Nora said as her eyes twinkled. “Right after Christmas, she hired a companion who’s been able to transform her life. I don’t know her real name. My mother calls her Bellastrega—beautiful witch.” All recent conversations with Ma had focused on Bellastrega. Relieved not to have to share her own problems, Nora had encouraged her mother to talk about the beautiful witch who had turned all their lives upside down. Nora enjoyed the weekly updates that sounded like soap operas.

“Is she a beautiful witch?”

Nora shrugged. “My mother mentioned her dyed-blonde hair, too-skinny body, and watery eyes. She’s put Zia on a vegan diet and an exercise regimen. At Christmas, Zia needed a walker to get around, but now she’s walking freely. My mother and aunt are convinced that Bellastrega is a witch who’ll end up robbing Angelica and leaving.” Nora had tried to point out that if Bellastrega’s intention was to steal, it would make more sense to let Angelica get weaker.

“Hmm. I guess.” Nora was curious and wouldn’t mind sitting and chatting with the woman about wellness. But from Zia Angelica’s email, it sounded like Bellastrega would leave soon after everyone arrived.

“Think of it as an adventure. How many beautiful witches have you met in this lifetime?”

Joanne Guidoccio — we appreciate your sharing information about No More Secrets with us! Best of luck with your book sales, and with all of your future writing.

8 thoughts on “No More Secrets”