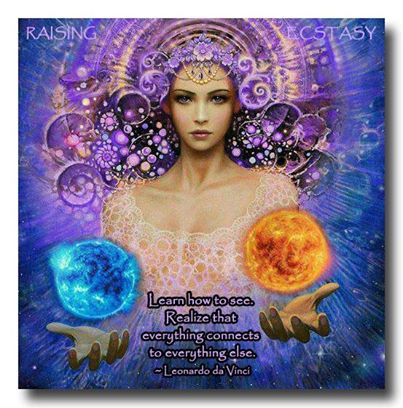 The last time I went snorkeling was in 2009. I used to love to snorkel, but on that day I had to force myself into the water and make myself submerge my head. I was frustrated that an accident that had left me trapped underwater a year earlier was still affecting me.

Luckily the fish were pretty and the day was pleasant and there were no incidents.  I got back into the boat with a “There, I did it!” feeling of victory. No freak accident was going to keep me out of the water. Time passed and vacations were elsewhere and I didn’t think much about snorkeling for years.

About a year ago I started practicing qigong, a sort of moving meditation with an emphasis on slow deliberate breathing. A week ago I attended a seminar designed to recharge my personal practice, and I enjoyed it immensely.

So here I am today, back in the ocean with snorkeling gear, wondering how this is going to go. I put on the mask and duck my head under. To my surprise, a year of deep breathing has had an effect.

You can’t breathe in through the nose in a snorkle mask, but my body figures it out without any instructions from my mind. Slow breath in, slow breath out through the mouth. Again. And again. Aren’t those fish gorgeous? Breathe. Look at the rock formation over there. Breathe. Oh my, a whole school of tiny fish swim around me. Wow, I’ve never seen the black and orange one before. Breathe.

After awhile I recognize that a good bit of time has passed and I look up. I’m far from the boat and half of the folks have headed back all ready. Time to go. I happily paddle my way back.

Today, I went snorkeling for the second time since 2008. The amazing thing is that this time, I didn’t just do it. I enjoyed it. And that’s a whole ‘nother thing.

If you would like to know more about qigong, please visit Flowing Zen.
Also please drop by the Facebook page of Raising Ecstasy and drop off a like for the great image above.

I developed a strong dislike of Chinese philosophy in early high school, the first time that the well-known yin-yang diagram was explained to me. I’m sure that different words were used, but what I remember being told was that the dark sort of fish looking thing represented the female. You know, weakness, darkness, emptiness, inactivity, insincerity and nothingness. Oh and also the moon, which only reflected light but gave off none of its own.

The white side represented the male. You know. Shining, strong, noble, upright, something-ness that was active, productive and everything cool. But I was not to worry. Both were needed for life and equally important and that was the beauty of yin and yang.

Screw the Chinese, I decided.

Soon after that my own Catholic Church denied my request to be the first female gospel reader in our small town parish. They appreciated my sincerity, they told me, but women have their place. It is an important one, I was assured. It’s just that their place is behind the scenes, hidden, supporting the men. Equally valuable, just different.

Have you guys been talking to the Chinese? I wondered.

After awhile, I discovered that everybody had apparently been talking to each other. By the time I hit college I couldn’t find a single thriving modern culture on earth that at its root didn’t delegate over half the species to the passive and receptive half of the food chain. By this point I had a pretty good idea of how sperm spurted out to fertilize a waiting egg, and an equally good idea of what he and she were probably doing on the macroscopic scale while all this spurting was happening.

No excuse, I thought. He doesn’t get to be everything active and strong just for that ten second performance. Screw them all.

To this day I maintain that there is far more variation amongst males, and amongst females, then there is variation between the average man and woman. She or he can be good at math, mountain climbing or knitting and while biology and culture may predispose more of one gender to any of those activities, you cannot accurately predict any person’s individual skill level or interest at anything based on their gender alone, and that is good.

We are complicated, and our sexuality is only a part of us.

That is why yesterday surprised me so much. I am here in Costa Rica, once again attending a week long seminar in qigong, the ancient Chinese art of energy flow. I let go of my anger at yin and yang years ago and now view it as a useful concept that was unfortunately tainted by the sexism of ages past. Sort of like holy books such as the bible and other older documents like the U.S. constitution. You might as well look for the parts of all of them that are good and stop complaining.

As we are letting the qi flow, I feel a strong and positive sense of something different in the energy around me. I peek. I’ve landed on a side of the room in which I happen to be surrounded by several women who have been practicing qigong for years. These women all have a strong sense of self, and working in the middle of them I think I feel what must be yin. It’s comfortable to me, familiar, and powerful all at once, like a group of sisters and wise women who buoy each other up in spite of their many differences. It’s not less than yang and not more than it and in spite of the Chinese focus on opposites it is not so different from it either. But it is, and I feel comfortable with it.

I remember that I’m not the only one who has changed. Much of modern society has caught up with my teenaged vision of equality from long ago, and my own daughters never knew a world in which they could not go to Harvard or be astronauts. I wonder how the attributes assigned to yin and yang would have sounded if they had been articulated by the women of China instead? Maybe I don’t have to wonder.

I have an internet for doing research. I now write speculative fiction. It might be fun to learn more, I think, and then to create a world in which women describe the attributes assigned to the universe. How do you think they might sound?